This warehouse conversion project is located in the inner western suburb of Leichhardt, well known as the “Little Italy” of Sydney. It is the conversion of an 1940’s warehouse into 6 x 3-storey townhouses, corresponding to the existing structural bays.

As described in the Domain Apartment cover story, “the real trick that gave the townhouses their sunny disposition was lining them up to face the northern boundary wall instead of the west-facing street. We peeled back the north side of hte roof and lowered the northern wall to make an strium where we put the walkway and the courtyards, says the architect.” 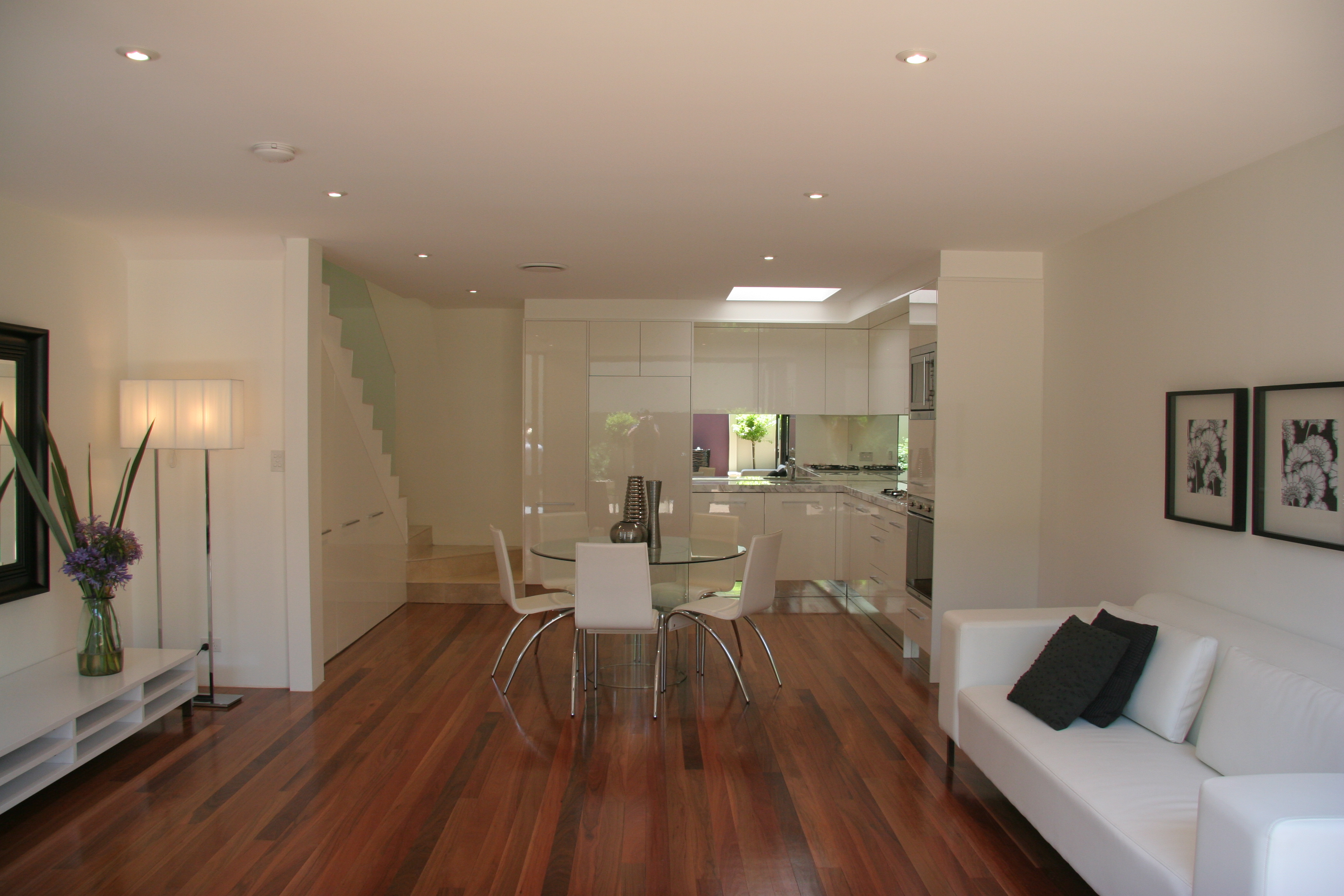 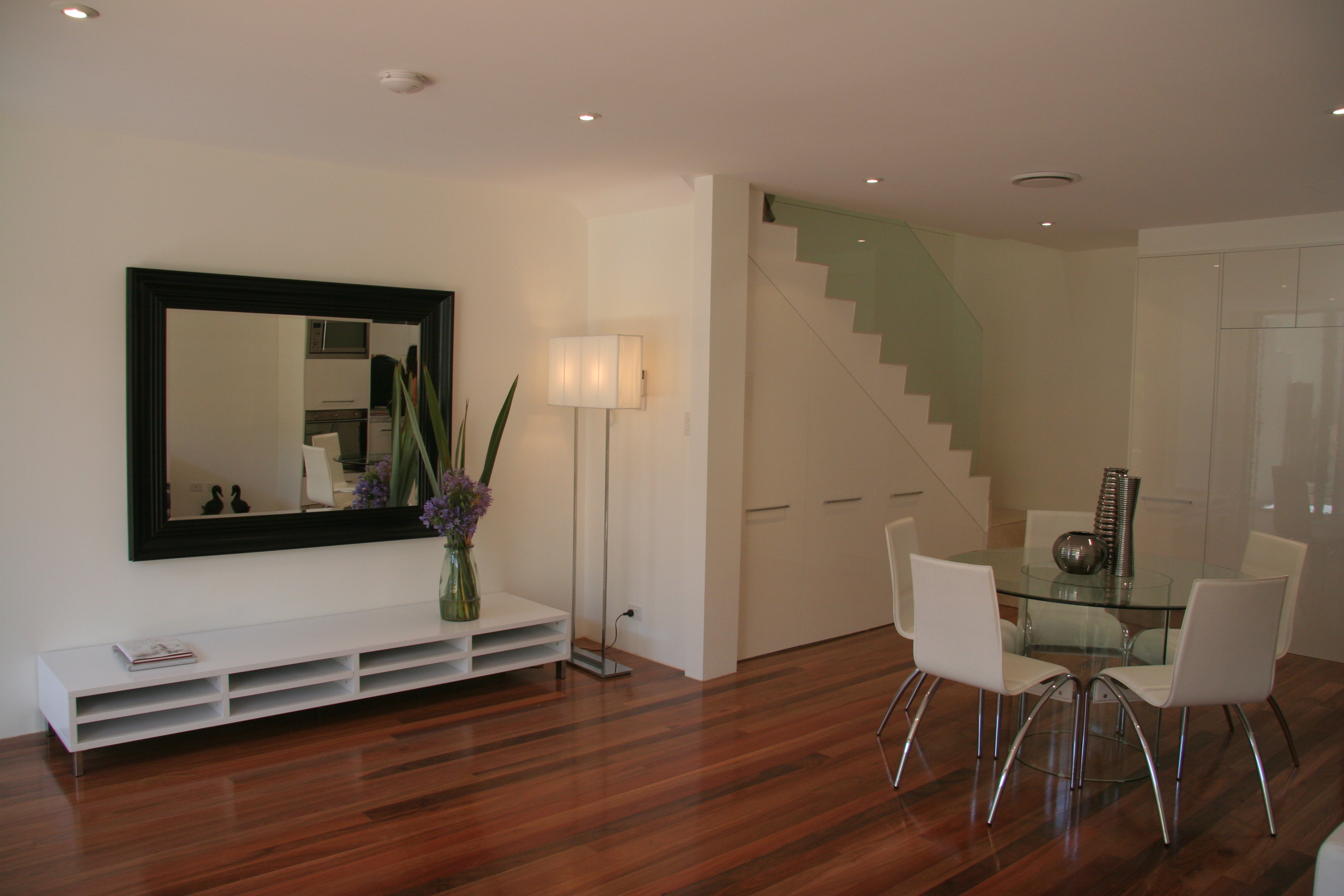